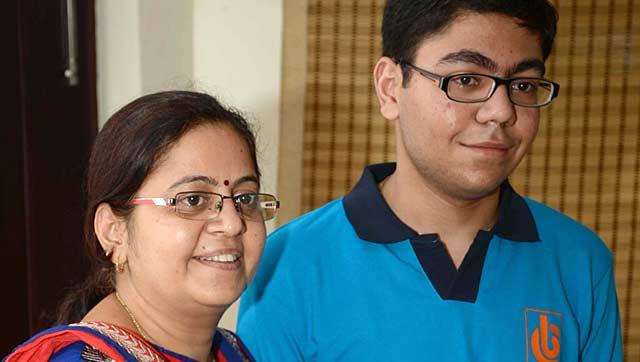 KOTA: IIT-JEE (Advanced) 2015 topper Satvat Jagwani had some pointers to share with students aspiring to achieve a spot on the coveted toppers’ list when he returned to his coaching centre here on Thursday. Keeping it simple, it seems, is what helped him clinch the top spot—attending classes, completing all the homework, clearing doubts in advance and revising the notes are the keys to success he listed. Satvat Jagwani of Satna (Madhya Pradesh), who was at his coaching institute Bansal Classes in Kota on Thursday, shared his mantra for success with media persons present here. He suggested aspirants should concentrate on learning whatever is taught in the classroom and completing the homework assigned. Another point to remember, the topper said, is to avoid making the same mistake twice and to clear any doubts in advance. He had been taking coaching classes in Kota for the last two years, joining the centre in Class 11. Regarding his schedule for preparing for the exam, he said although he did not follow any fixed schedule, he spent around five to six hours studying daily after his routine classes. Revealing the secret behind his speed in solving mathematical problems, Jagwani said he learnt Mathematical Abacus, which helped him reduce the amount of rough work required in the examination. Jagwani had scored 330 out of 360 in the qualifying JEE (Mains) before topping in the JEE (Advanced) with 469 out of a total 504. He said though he was confident of achieving a high rank in the exam, based on his performance in the tests at the coaching centre, he was not expecting the number 1 all-India rank. The young topper aspires to take up computer science at IIT Bombay, as he feels Delhiites are ruder than Mumbaikars. In his free time, he said he likes to play Sudoku and reads books. Crediting his parents and teachers for his exceptional performance, Jagwani said his mother Dr Bhumika Jagwani was the one who supported him in his pursuit of engineering, while his father Dr Manoj Jagwani wanted him to pursue the medical profession. Both his parents are doctors. Bansal Classes, Kota, director VK Bansal and chief executive officer PK Bansal said Jagwani was the fifth IIT-JEE topper from their institute in the last 16 years, which was a record that probably would remain unbroken for many years. This year, three students from the coaching centre featured in the top 100 in the JEE (Advanced) results declared on Wednesday night, including 1st AIR, 51st AIR and 96th AIR.